The role of literary texts and images in society

Apply now
The Master's programme in Literary Studies teaches you to look critically at literary expressions.

There are two specialisations within the Master’s programme in Literary Studies:

English Literature in a Visual Culture
The specialisation English Literature in a Visual Culture is taught entirely in English and focuses on the dynamics between literature and visual culture. This includes, for example, the role of illustrations in 19th century literature or how the choice of a particular cover affects the sale of a book. You will also study the graphic novel, which has long grown well beyond its limitation to superheroes and even deals with themes such as the Holocaust. The content of the courses is linked as much as possible to the scientific research of the lecturers. This helps you become familiar with current developments in the field.

Nederlandse letterkunde en het literaire veld
The specialisation Nederlandse letterkunde en het literaire veld is taught in Dutch. This specialisation teaches you to independently study and analyse Dutch literary texts from the past and present. This includes the literary-historical context and all literary institutions that we call the literary field. In this way, you will deepen your knowledge of the role that literary texts have played and still play in our society—in the transfer of value, in cultural debate and in the formation of identity.

The start date of this programme is September 1st.

Want to learn more about scholarships? Check out our webinar!

Find out what the different possibilities are within the master's programme. More information about the Dutch track 'Nederlandse Letterkunde en het Literaire Veld'? Go to our Dutch page.

Stories are rarely told using words alone. For instance, 19th century novels were often illustrated, and contemporary fiction is marketed using its cover image. But the relationship between word and image extends beyond the use of one-dimensional illustrations.

The same story can now be told both in a novel and in a film—or even in multiple films, such as with Pride and Prejudice. The graphic novel has grown out of its superheroes-only phase and currently deals with issues such as the Holocaust in Maus. And the video game Resident Evil has spawned as many as seven novels. The analysis of literature is therefore inseparable from visual culture.

Rooted in VU Amsterdam's tradition of studying the relationship between word and image, English Literature in a Visual Culture focuses on the dynamics of literature and visual culture. The courses in this programme are closely linked to the current research of the academic staff, which keeps you involved in cutting-edge developments in this field. Throughout the programme, you will be encouraged to explore your own interests, culminating in an individual research project on which you will write your Master’s thesis.

Dynamic learning environment
The English Literature in a Visual Culture specialisation attracts various students from all over the world. About half of the students come from abroad. Your learning will take place in seminars with groups of up to twenty students. This small-scale, diverse environment offers lots of opportunities for interaction with staff, lively discussions with peers and a variety of perspectives that will enrich your studies. You will be part of a vibrant academic community in the cultural heart of the Netherlands.

Closely supervised by a member of our academic staff, you will conduct independent research and write a substantial thesis (roughly 20,000 words). You will decide on your topic, based on your own interests and professional goals.

International students
Admission is based on a strict selection procedure. The Faculty’s Admissions Board will decide on your admission after evaluating your complete online application.

Contact for international students
For general questions about the Master’s programme or the application procedure, please contact the International Student Advisor at masters.hum@vu.nl or +31 (0)20 59 85252.

Programme contact
For questions about the curriculum of the specialisation in English Literature in a Visual Culture, please contact prof. dr. Diederik Oostdijk at d.m.oostdijk@vu.nl or +31 (0)20 59 82044.

Change your future with the Literary Studies programme

Change your future with the Literary Studies programme

With this Master’s programme under your belt, you will have the ideal background to become a teacher (secondary or higher professional education) or to work in publishing or at cultural institutions (e.g. literary festivals). If you have followed the English-language Master's specialisation, you will also be qualified to work as a translator. Of course, you can always choose go into research by pursuing a PhD. 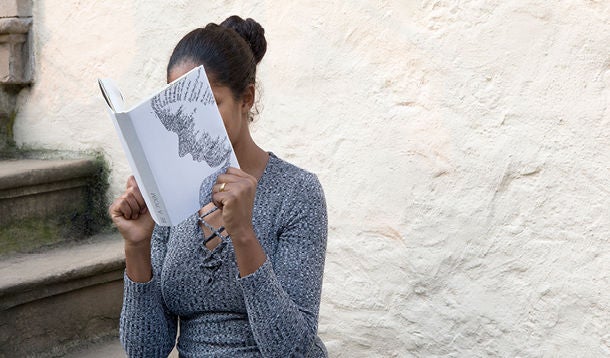 Questions about the programme?