Department of Physics and Astronomy

Andrea received his B.S. and M.S. degrees in Chemistry from the University of Rome “La Sapienza”. He then moved to the VU University Amsterdam, where he obtained his PhD in Condensed Matter Physics in 2010. During his time in Amsterdam, he studied the properties of metal hydrides for hydrogen storage and smart windows applications.

In 2011, he won the Young Energy Scientist (YES!) Fellowship from the Dutch physics institute (FOM), which funded his tenure as a postdoctoral scholar at Stanford University. Here, he developed imaging and spectroscopic techniques to study individual nanoparticles for applications in energy conversion and storage.

In 2015, he returned to the Netherlands as a tenure-track senior scientist at the Dutch Institute for Fundamental Energy Research (DIFFER) in Eindhoven, where he led his research group on Nanomaterials for Energy Applications. In 2017 he won an NWO Vidi grant from the Dutch Research Organisation (NWO) to study plasmon-activated catalysis on metal nanoparticles.

Since March 2020, he is a tenured associate professor in the Physics and Astronomy department at the VU University Amsterdam. His group uses optical resonances in metal nanoparticles to activate, control, and detect chemical and physical processes at the nanoscale.

In our research group, we synthesize metal and semiconducting nanostructures and characterize their optical response using a range of spectroscopy and microscopy techniques, both in ensemble experiments and at the single particle level.

Among the many nanostructures we synthesize and investigate are colloidal nanoparticles (nanospheres, nanorods, nanowires, …) made of plasmonic metals such as gold, silver, palladium, and aluminum, hybrid hierarchical nanomaterials such as core@shell metal@semiconducting nanoparticles and nanorods, and regular or random nanoparticle arrays made by nanolithography. 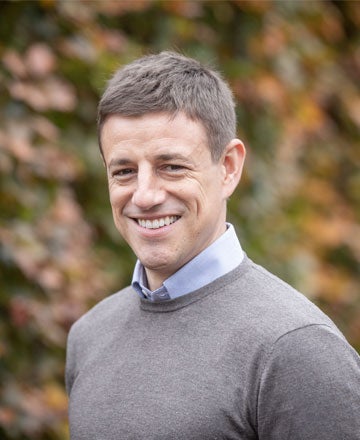 "Work hard, be kind, and amazing things will happen."

Do you want to know more?

The Photoconversion Materials (PCM) section is a highly interdisciplinary team, working at the interface of physics, chemistry, and materials science to understand fundamental mechanisms of light-matter interaction for light-energy conversion and optical sensing.

Go to the PhotoConversion Materials section